Gallery Go is a new app from Google designed to let people with unreliable internet connections organize and edit their photos. Like Google’s regular Photos app it uses machine learning to organize your photos. You can also use it to auto-enhance your pictures and apply filters. The difference is that Gallery Go  works offline, and take just 10MB of space on your phone.

Gallery Go is just the latest lightweight version of an app designed for developing markets like Nigeria, where Google announced the new app. Facebook has produced “Lite” versions of the main Facebook app, as well as Messenger and Instagram, and Twitter has done the same with the Twitter Lite app. Google also did something similar on the OS level with Android Go, a lightweight operating system based on Android that is design to run on inexpensive smartphones lacking powerful processing.

Google’s new photos app is available now to download in the Play Store. To run it, you’ll need a device that’s running Android 8.1 Oreo or higher. 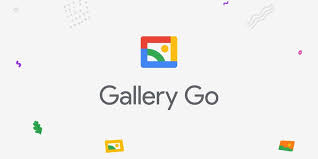 Gallery Go makes finding that one photo a snap. so that you will keeps all your photos organized, and lets you search for specific family members, friends, animals, meals, or even selfies.*

With one-tap editing, Gallery Go helps your photos look their best so it is Easy-to-use tools like auto-enhance, filter, rotate, and crop will take your shots from okay to amazing.

use less: less space and less data. So you can manage and share photos without slowing down your phonee